“Those of us who grew up in Sarasota never had to dream of running away to join the circus, because the circus came to us every November and stayed all winter! The ‘Greatest Show on Earth’ made winter quarters at a huge compound in Fruitville, due east of town. On quiet nights, we could hear the lions roar while we lay in our beds in our house downtown.”

“Every spring, after rigorous rehearsal at the Winter Quarters, the ‘Show’ always traveled to old Madison Square Garden in New York City for the season’s premiere full dress performance. After New York, the circus went ‘under canvas’ for a city and small town tour of the US. For the ‘locals’ on the outside who couldn’t afford tickets, the tent was dark and ominous. But they could sometimes, through the canvas flaps, catch a glimpse of the glitter and magical aura of a night performance!” 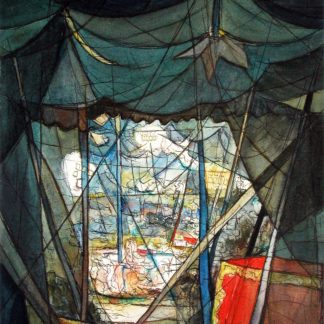